This spring, the park rangers at Ambury Farm didn’t just have to contend with expectant ewes and cows, but an increased audience of Auckland families looking to entertain themselves in lockdown.

There have been 982 births in Māngere Bridge this lockdown.

No, the suburb doesn’t have a new maternity centre – the deliveries were at Ambury Farm, with the help of the council-owned farm’s park rangers Janine Nillesen, Maddie White and Peter Latif.

The 85-hectare property, which is part of Auckland Council’s large farming business spanning 23 different parks, is on a sprawling coastal site jutting out into the Manukau Harbour, tucked in behind Māngere Mountain. It is beloved for its walking and cycling tracks, bird-watching hides and the range of animals you can get up close to, including sheep, cattle, goats, chickens, pigs, rabbits and two Clydesdales called Connor and Colin.

The park is on the shores of the upper Manukau Harbour and includes grazed farming paddocks and a bird sanctuary (Photo: Auckland Council)

Of the 982 newborns, 955 were adorable lambs, with 27 strapping calves. But delivering babies is only one of the many duties these park rangers undertake, along with milking cows, catching rats, keeping migrating birds safe and the constant fencing maintenance that any farmer in New Zealand would be familiar with.

At the start of lockdown, Nillesen installed a counter on one of the gates to monitor foot traffic and over a four-week period, it counted 17,000 movements of people going in and out of the farm.

Given the farm’s proximity to the city, there’s a constant audience, but visitor numbers have risen during Auckland’s three months in alert level four and three – and those coming to the farm are more curious than ever before, says Nillesen.

“I think that the biggest difference – people are exploring a little bit further and wider, into areas they wouldn’t typically go, so we’re just getting more feedback, in a way.”

For those less accustomed to the inner workings of a commercial farm, there have been some unpleasant surprises as they’ve wandered through the paddocks. Nillesen says one couple was recently shocked to come across some dead sheep that were due to be tipped into the farm’s offal pit, not realising that it’s normal practice to have such a means of disposal for deceased livestock. Another person complained to the SPCA about a lamb that appeared to have died – turns out it was just having a nap. A call was also made regarding one of the pigs having lice – but upon closer inspection, it was only a case of dry skin. But having the extra public input has also helped at times, Nillesen notes.

“There were a couple of ladies who came in very panicked one day about a mis-mothered calf [where a cow refuses to nurse her young] and they were bang on right – and that calf would have died if they hadn’t told us, so we’ve now raised that calf ourselves.”

Latif, who’s worked on commercial farms around the world for over 30 years, says farming with an audience was a new challenge that’s taken a while to get used to.

“So many people have an opinion,” he says. “You’ll get people running up to you about a lamb that’s got out of the paddock, and when you get there, it’s already popped back in. And when we had to calve two cows, just the intensity of people watching you over the rail, and people wanting to film it, added more pressure to the situation.” 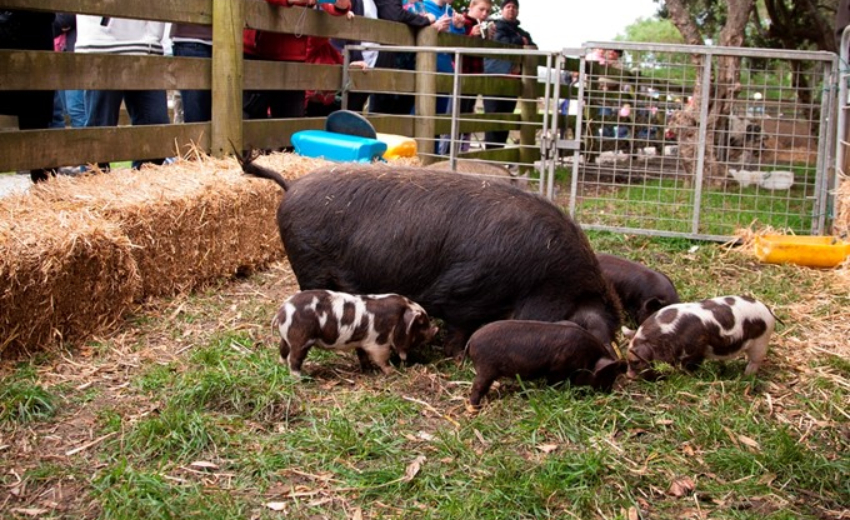 The pigs are a popular attraction for visitors to Ambury Farm (Photo: Auckland Council)

But lockdown has also meant these rangers haven’t been able to rely on the 35-plus-strong team of volunteers who usually help with all manner of tasks around the picturesque property, as only essential workers have been permitted to work on the farm.

Along with bottle-feeding up to 27 lambs three times a day and hand-feeding the many chickens, turkeys and pigs, one of the biggest jobs is keeping pests under control. The regional park includes three small islands just off its rocky shoreline where dotterels and the critically endangered black-billed gull come to breed. Maddie White is the conservation ranger and normally has a team of 15 helpers to check and bait pest stations. She says the biggest risks are from cats, rats, the odd stray dog and even some clueless humans.

“We have seen an increase of public activity down there and given you can access the islands at low tide, we just had a report that people were on the islands, which is a pretty big no-no when the birds are breeding and roosting,” says White.

So do the animals know we’re in lockdown? Nillesen laughs, knowing few of the animals have internet access, or opposable thumbs, to log into the prime minister’s press conferences, but she does think they’ve appreciated a break from larger groups of visitors. “Instead of large unsupervised groups of children chasing lambs around while their families are having a barbecue, there have been lots of small groups with a mum and a few kids,” she says.

“I think they’ve also appreciated the consistency of having the same one or two people looking after them – even though our volunteers are really great.

“But it’s pretty hard-out for us, feeding all those lambs on our own, when it’s normally done by hundreds of visiting school kids each week.” 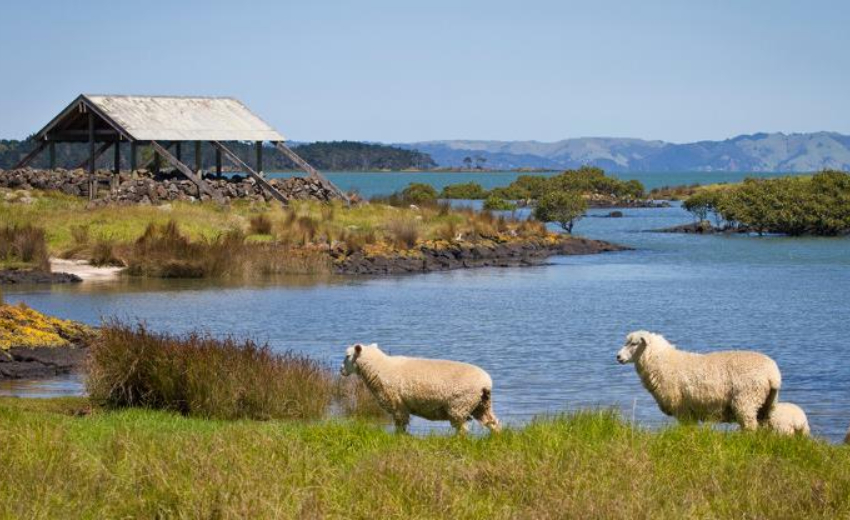 Nillesen says the best thing about the job is its constantly evolving challenges, adding that once we sign off from our Zoom call, her team will have to follow up on two stray mastiff crosses who have been seen roaming around the edges of the farm.

“These rogue dogs could potentially take the three of us out for the entire day, trying to solve where these dogs are so they don’t get into our stock or onto the bird islands. So there’s this sense that you don’t know what’s going to happen next – which makes it really unique [compared] to a normal farm.”

It’s that same sense of unpredictability, and the joy of experiencing a hint of rural wilderness, that makes this park so appealing to the masses who will continue to flock here well beyond the end of this latest lockdown.

*Peter Latif is the writer’s cousin

Gov’t sets aside $6.2mn to tackle inequities in cancer treatment