After a long wait, the new season of The Handmaid’s Tale has finally landed. Tara Ward recaps the first three episodes of season four.

Hold on to your bonnets, because the new season of our favourite dystopian drama sizzles like a hair straightener cauterising a bullet wound. It’s been two years since we left our hero June Osborne dying on the forest floor, shot while smuggling children out of Gilead. We weren’t sure if she’d survive, but silly us. June Osborne will never die, not as long as she has a handmaid squad and a red hot curling iron. Wash, dry, curl and cauterise. This is our world now, so welcome to it.

Us, running into the first three episodes of The Handmaid’s Tale.

After three seasons of small, slow wins on The Handmaid’s Tale, it’s a treat to watch the urgency and momentum of this new season. I’ve never shouted at the television like I did at the end of episode three, not even the time when Aunt Lydia busted out an unexpected karaoke version of ‘Islands in the Stream’. June has exposed herself as a resistance leader, she’s hellbent on revenge, and she has nothing left to lose. We know from the season four trailer that June seems to make it to Canada; now we just need to find out how she gets there.

Obviously, spoilers for the first three episodes follow. If you haven’t watched them yet, get thee to Neon immediately.

Praise be, June is alive, thanks to some incredible first aid from Janine and the security of a Mayday safe house in Pennsylvania. It’s a farm run by Commander Keyes’ 14-year-old wife Esther, who fangirls over meeting Gilead’s most famous handmaid. “I had visions we would kill people together,” a thrilled Esther tells June, which is one hell of an icebreaker. May the lord open an escape hatch, quickly. 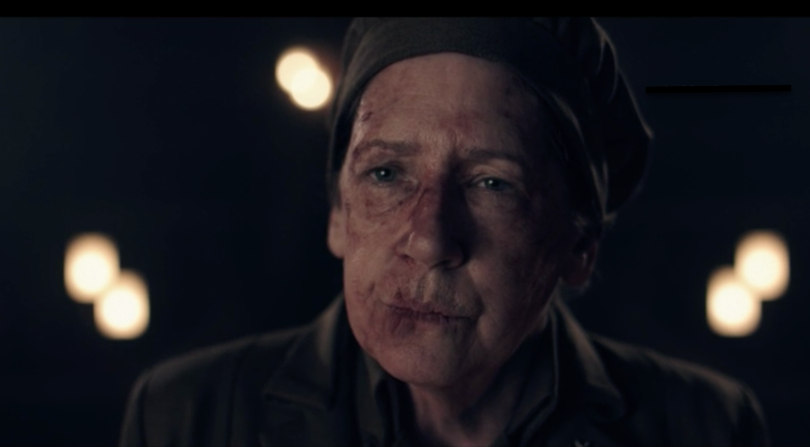 Where’s a karaoke bar when you need one?

Back in Gilead, a beaten Aunt Lydia has endured a 19-day interview with the Guardians. Having taken Aunt Lydia’s “frailties” into account, they conclude she wasn’t responsible for the handmaids going rogue, but Aunt Lydia’s still peeved. Is this a turning point for her, given she does everything Gilead asks but still suffers for it? The nerve of those big man-babies. Nobody puts Aunt Lydia in the corner and gets away with it.

We’d like to put the Waterfords in the corner forever, but Canada is all about “fairness” and “democracy”. Blah blah, Canada, blah blah. Finding out that June helped 86 children escape from Gilead rubs salt in the Waterfords’ dystopian wounds, but I can’t stop thinking about Serena’s perfect prison wardrobe. Crime and floaty fabrics never looked so good, while Fred’s slammer beard grows bushier by the day. You could almost plant potatoes in it. A miserable crop, indeed. 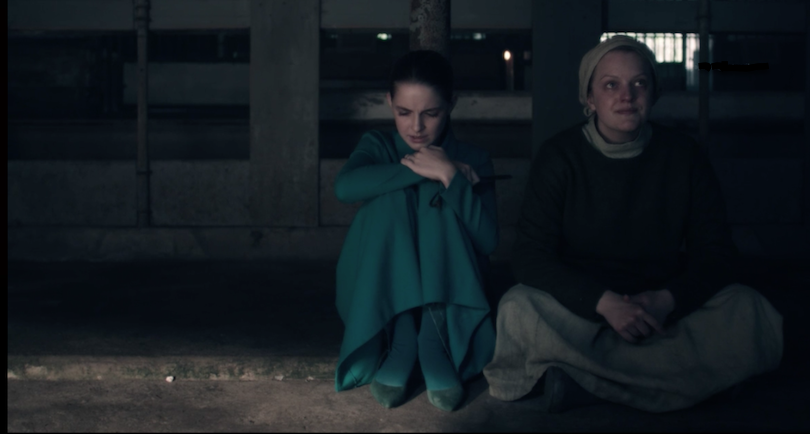 The most twisted remake of Pride and Prejudice ever.

While the handmaids live out their happiest pastoral dreams (the pig’s named Mr Darcy), June realises Esther is severely traumatised. They form an unlikely mother/daughter relationship, and when Esther identifies a local man as one of her rapists, June encourages her to take revenge. “Make me proud,” she says, as Esther’s fun murder vision comes true. Welcome back, you beautiful nightmare, I’ve missed this gnawing sensation in my stomach lining.

Contrary to popular opinion (mine), living in Canada doesn’t mean you get to stare at pictures of Justin Trudeau and eat poutine all day. Rita is struggling to adapt to her new life, the Gilead children are unhappy, and Moira’s sick of cleaning up June’s messes. Canada is already a country of big feelings, so wait until Moira finds out that Serena Waterford is pregnant.

The fruit has been blessed, the vessel has been filled and the lord has opened a can of wombs. Fred and Serena loathe each other with every one of the cells that have fused together to create this new life, and they’re both trapped in a cruel game of “my spouse is a much shittier person than I originally thought”. How will they bring an innocent child into this hot mess? Kids hate games, everyone knows that.

The fun times are over when June returns to the safe house and is captured by Nick. “I’ll try to keep you alive,” he tells her, which is definitely in the top five romantic things he’s ever said to her. Look, I’m sure everything will be fine. Gilead will be understanding, right? June did it for the kids, right? It’s fine.

It is not fine. 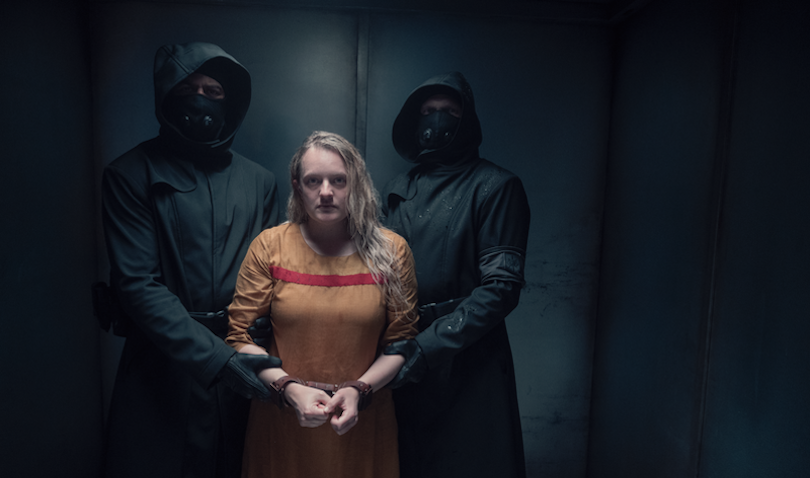 Gilead is fuming. They’re several wombs down, all their kids are in Canada eating poutine and staring at photos of Trudeau, and June won’t confess where the other handmaids are. They torture June by locking her in a room with a man who wants to pull her fingernails out, and then they make her eat tomato soup with “invasion consultant” Commander Lawrence. Tomato soup is the worst kind of torture. Poor June.

But June’s not without support. Nick blackmails Commander Lawrence to help her; while in Canada, Luke plants a persimmon for luck. Great idea, but given June just watched two women being pushed off a building because she wouldn’t reveal where the safe house was, she’s going to need more than a confused tomato to bust her out of there. Blessed be the fruit can only go so far.

Desperate for information, Gilead takes Hannah and puts her in a glass box for June to see. A terrified Hannah doesn’t remember her mother, and June finally breaks. This puts Aunt Lydia in a chipper mood, and she sends June to join the other fugitive handmaids in a Magdalene colony. No handmaid can be spared, so they’ll spend the rest of their lives working and ovulating, ovulating and working. Happy days. 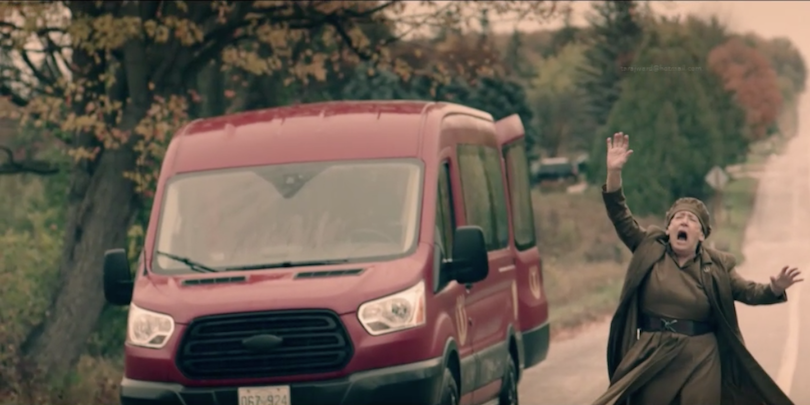 When your passengers get out but don’t thank you for the ride.

June is sent on the road trip of her life. First she has an emotional goodbye pash with Nick, and then she makes a sudden break for freedom when the van carrying the handmaids stops at a railway crossing. June pins Aunt Lydia down to let the others escape, and joins them in the sprint across the train tracks to the safety of the forest. Why wasn’t road running included in their handmaid training? Two handmaids are shot and two more are hit by the train, but June and Janine make it safely across. June is on the run again, and I need a drink.

‘I was bored of strumming guitars’: How Merk made a new album, and found a new sound